In October 2019, the Veracka Family Harley-Davidson Dealer Group split into two companies representing another chapter of the Veracka Family’s 40-year motorcycle industry legacy.  Eager to expand into new markets and acquire more stores, Paul and Michael will now own and operate their own stores.

With the split, Paul and Michael have the two fastest growing Harley-Davidson dealer groups in the country and both anticipate acquiring multiple stores each in the coming years, allowing growth from within the companies.  Over the years, their dealerships have accumulated numerous sales awards and dozens of Bar & Shield awards from Harley-Davidson along with having the #1 volume Harley-Davidson dealership for 3 years with 2 different stores, Power 50 and Best in Class Best Place to Work awards by Powersports Business.

If you wish to be part of the BEST, please email us your resume today! 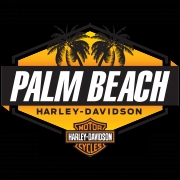